Comedian Steven Wright once quipped, ‘You can’t have everything – where would you put it?’ Weighing in at 5.97219×1024 kg, and with 149 million sq km of landmass (and another 361 million sq km of the ocean), the world has room enough to fit ‘everything’. Amidst all of that ‘everything’ there is so much to discover, from rivers deep, like the Nile (snaking 6850km from central Africa to the Mediterranean), and the sunken shores of the Dead Sea (427m below sea level), to mountains high, like the Himalayas (more than 100 peaks over 7200m, including Everest at 8848m), the Andes and the Alps.

Across seven continents and 221 countries, ‘everything’ takes plenty of wondrous forms. There are mighty expanses of greenery, like the Amazon basin (7 million sq km of the jungle), while beneath the crystal-clear Pacific Ocean lies the Great Barrier Reef (stretching 2300km), and the scarred side of the Grand Canyon is a repository of 2 billion years of geological history. Not all the world’s wonders are inanimate, however. Wildlife spectacles include the annual wildebeest migration (two million strong) across the Serengeti, the stoic emperor penguins of Antarctica, and the diverse menagerie on the Galapagos Islands, where people seem out of place.

It is people, not animals, who have colonized the entire planet. Since foregoing stone tools, inventing the wheel (3300BC), and first smelting iron (1200BC), humankind has embarked on a big production number that features countless cultures, civilizations, and empires. History suggests that humans were naturally inclined to warfare but also more positively to congregating and cohabiting, thus, over time the city was born. More than half of the world’s population now live in cities.

They are the pulsating beacons that attract us, with their bright lights and human interaction, epicenters of culture, industry, and endeavor. And each has its own distinctive character: New York with its skyscrapers and taxicabs, London with its parks, pubs, and palaces, Sydney with its bridge, and Cape Town set against the rugged panorama of Table Mountain. A tour of urban conurbations will take you to geographical oddities (İstanbul straddling the border of Europe and Asia), and cities of faith (Jerusalem, holy to Judaism, Islam, and Christianity), cities with thousands of years of history (Athens, Damascus, Varanasi) and booming new cities mushrooming across Asia, Africa, and South America

Cities may be the hubs that you pass through as you roam, but they are not necessarily humankind’s greatest achievements. These are many and dispersed, assuming myriad physical forms. Mystery clings to many, such as the Great Pyramid of Giza built in 2560BC, the Terracotta Warriors in Xī’ān, and the mighty stone moai of Easter Island. Others no less awe-inspiring were built for specific purposes, like St Basil’s Cathedral in the Kremlin, the Great Wall of China, and the Taj Mahal, a monument to love.

More modern spectacles like the architectural extravaganzas of Dubai and the Shanghai skyline may lack the gravity of history but if anything is more dazzling. All of these monuments contribute to the ways of life that go on around them, which reminds us that not all of humankind’s achievements are tangible. Just as intoxicating and just as worth getting out and seeing are cultures, festivals, and events, from Viennese coffeehouse culture to Cuban jazz, from full moon parties on Koh Samui to Maasai warrior dances under an African sunset.

It’s the babble of Babel out there! There are almost 7000 languages spoken in the world today. These are divided into six major language families, and around 130 smaller ones. The distribution of languages across the globe reflects movements of people through history, and language families include some unlikely relatives: for example, Albanian is related to English, Hindi, Persian, and Russian.

The size of countries and populations don’t necessarily account for the number of languages, either: in New Guinea, almost 450 languages are spoken by a population of only 3.5 million people. It’s estimated that half of the world’s population speaks more than one language. Fear not if you don’t: a smile can go a long way, even amongst people you share no language with. That said, learning a few words of the language spoken at your destination can open a lot of doors. 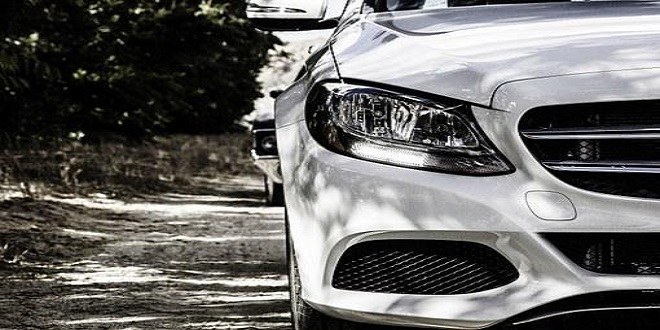 Rent a car in Islamabad that suits your needs